The last versions of the Reality Expansion Pack aimed to make the package independent from internal X‑Plane dynamics.
REP 3.4 goes even further and let us port the package we made for Carenado’s B58 to Laminar’s Baron.
This new package demonstrates how we can port REP’s code from a plane to another, having the chance to easily manage both of them for future updates. 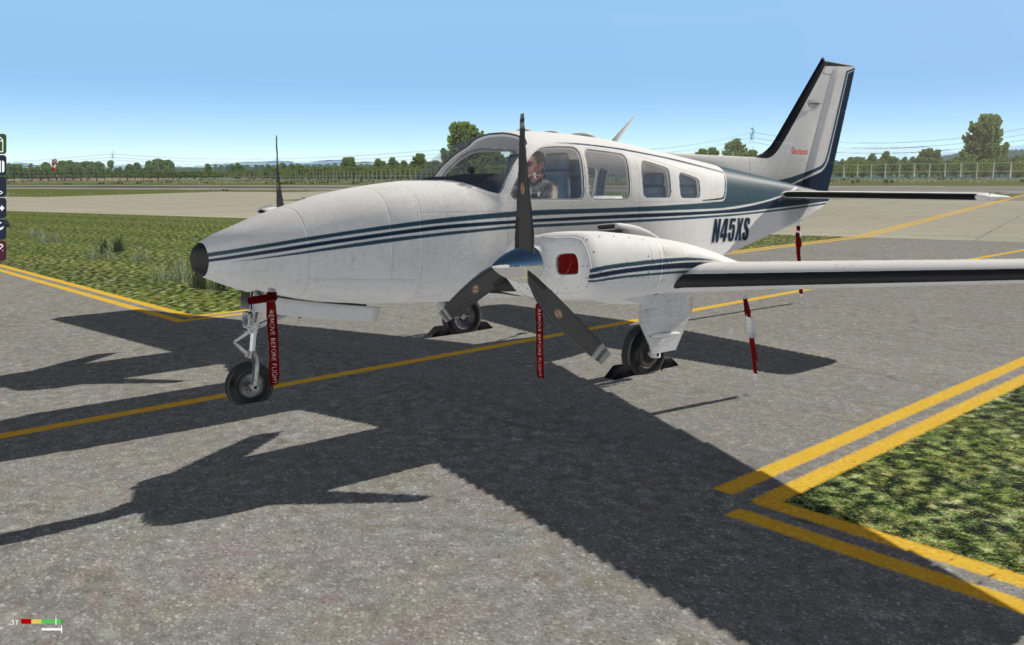 What?? Another REP for a default airplane?

Yep. There are tons of aircrafts out there that would be a good target for REP and we’re not ignoring them. This package is a technology demonstrator for both us and the users. In fact, bringing REP to default airplanes is a good way to achieve more goals:

Point 2 is important when we think about future developments. It means that when the new (mainly in-house built) aircrafts will be available, they are powered by a reliable REP core strongly beta-tested by us and weathered by the end users as well.

For example, do you remember the Super Cub powered by the Continental Titan™ X? Well, the real world Titan™ is nothing more than a slightly modified Lycoming IO-360. That’s the same engine we distributed months before with REP for the default Cessna 172. 😉

Features of REP for Laminar B58 Baron

This package comes with all the features you already know:

This package comes with REP 3.4. The main features of this new version are:

The current owners of REP for Carenado’s B58 Baron from X-Plane.org Store will automatically receive a 60% discount in case they want to buy this new package. There is no time limit to this offer.

What about other existing REPs?

First of all, this new package won’t replace REP for Carenado’s Baron. Both B58s will continuosly get updates as usual.
REP 3.4 will be a free update for all other REPs.

It might be that REP 3.4.0 needs some little fixes at the end of the first week after the initial release. In this case the other aircrafts will get an update once REP 3.4.1 is ready.

One thought on “Reality Expansion Pack for Laminar Baron B58”