You need the Thranda Quest Kodiak for X-Plane 11 to use this software.

How does REP change the Kodiak?

The Reality Expansion Pack acts over different aspects of the Kodiak. Here are some:

REP for Thranda Kodiak at a glance

The engine is meticulously reproduced by enhancing the new PT-6 turbine model introduced by Laminar in X-Plane 11.

We started from the base model and override those parts of the engine that needed some pimps to reach perfection.

The ground dynamics are enhanced by a realistic cross wind behavior.

Do your ground pre-flight checks using the interactive walkround module. Check the
wheel status, the elevators, the aileron and the rudder. Remove the choks and the tie-downs.

If you install HeadShake v1.5 or higher in your system, it will communicate with REP to extend the simulation realism.

You can perform the maintenance of your aircraft using the included maintenance tool (also called Hangar View). Fix the shaft bearings, the compressor, the turbine, the tires and so on.

You will discover something new about the Kodiak everytime you jump onboard it!

The entire REP Kodiak manual is available for free.

The Quest Kodiak checklists are downloadable for free. 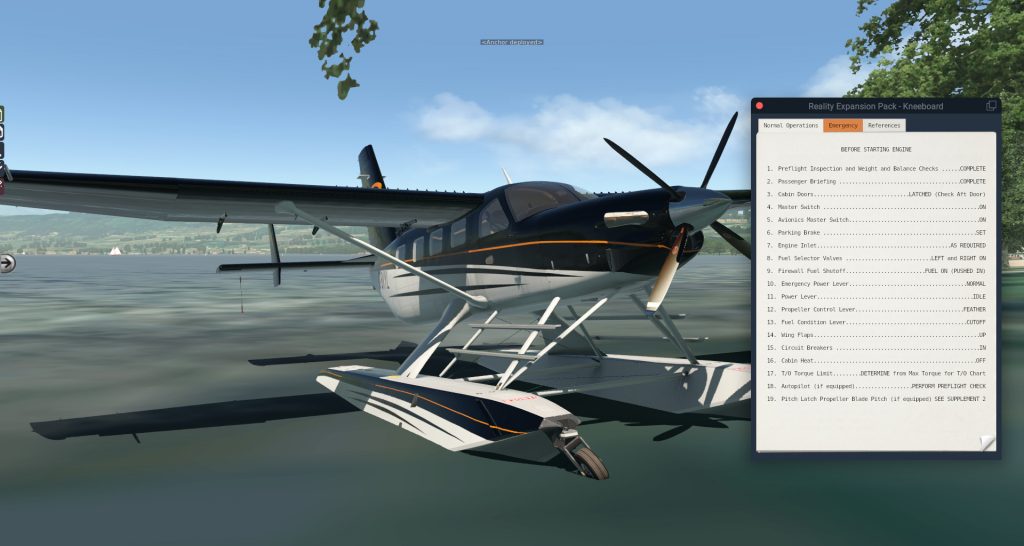 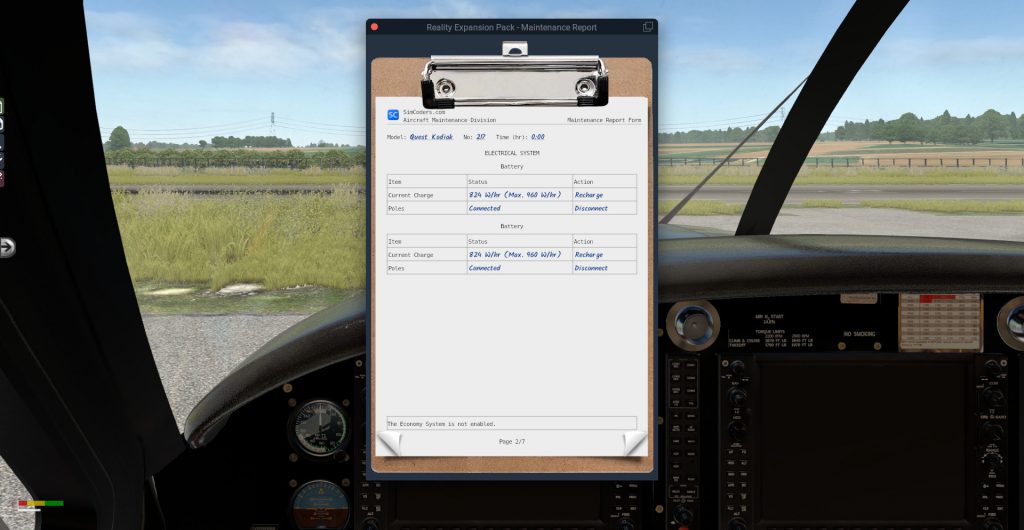 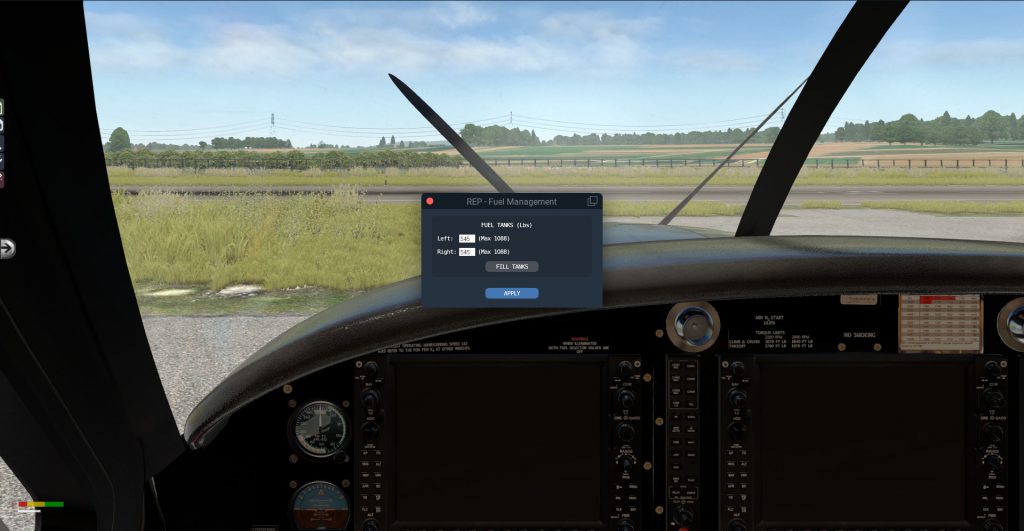 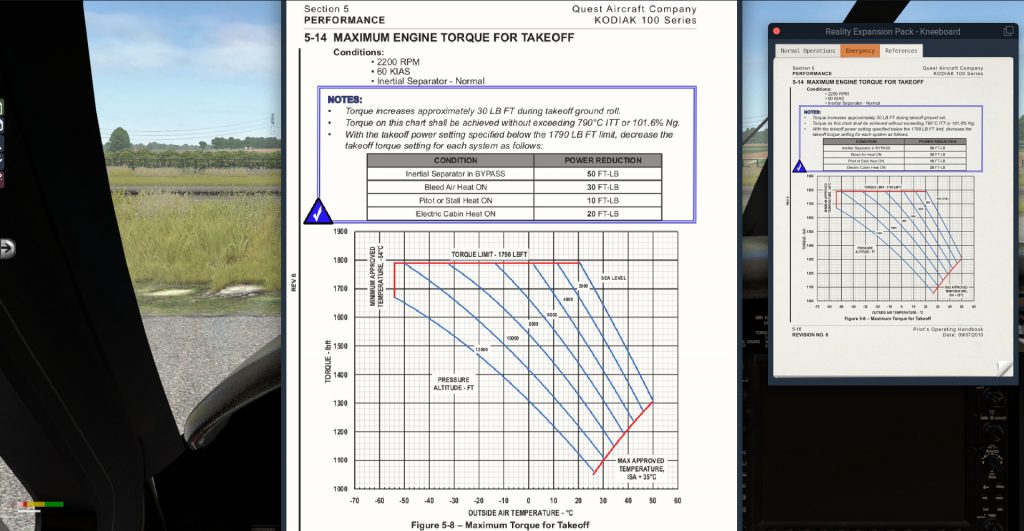 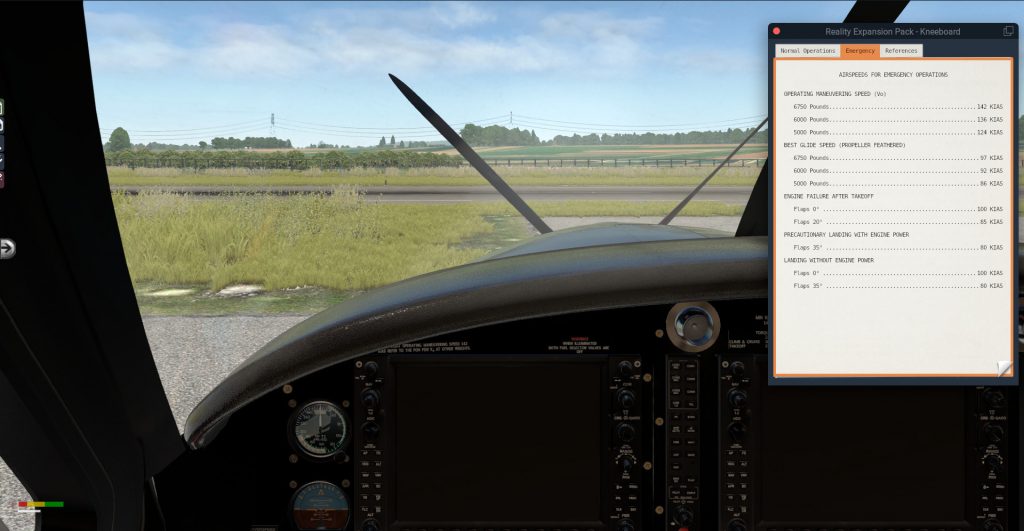 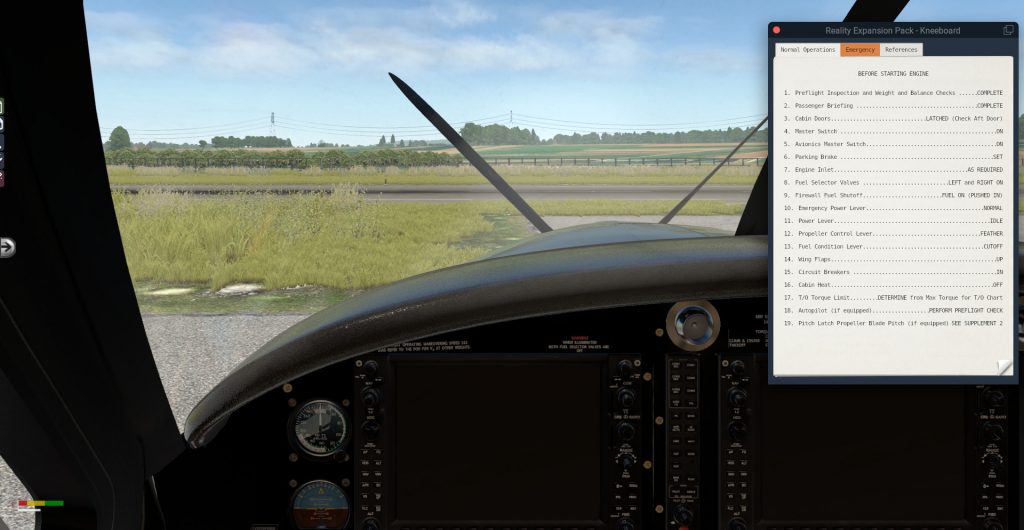 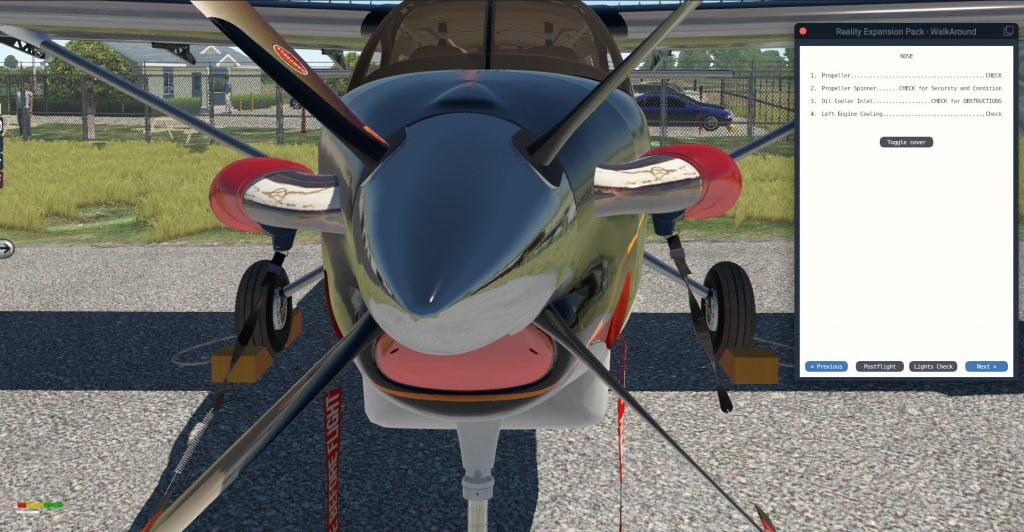 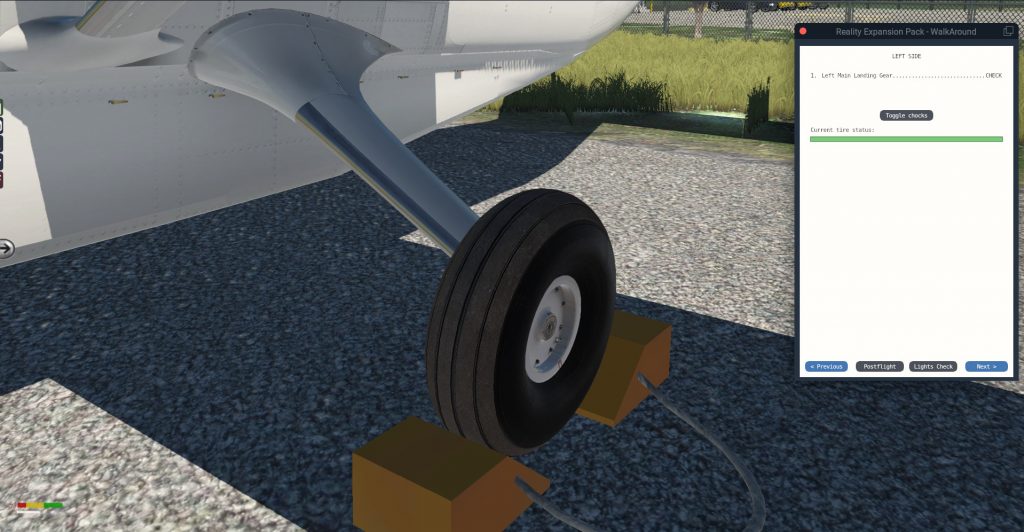 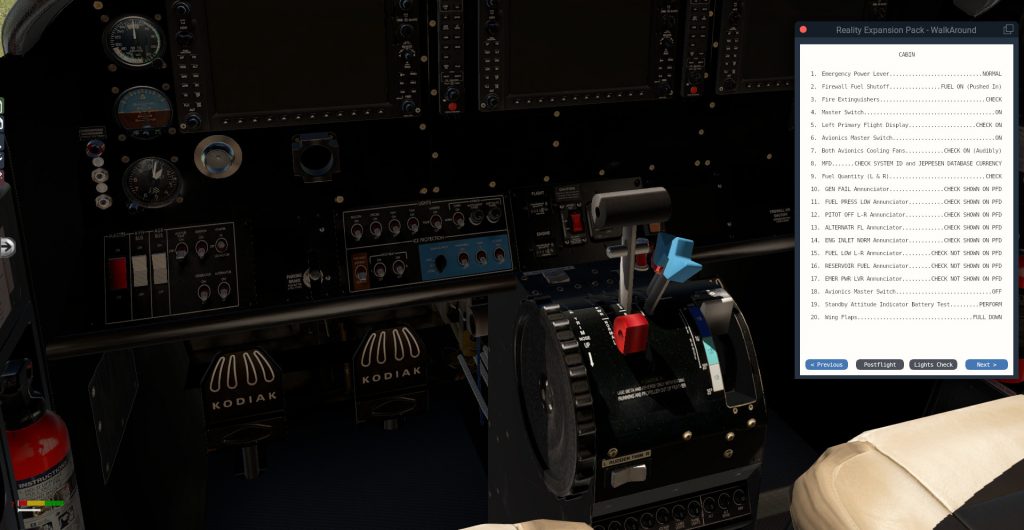