A year has passed since the release of REP 2.0 and now the Reality Expansion Pack for Carenado’s Beechcraft Baron B58 is on sale with version 2.6.
There’s plenty of features in this airplane, starting from the advanced flight model going to the amazing “wwwwoaaaann” sounds of the engines. At least one of them is a real first not only for X-Plane!
Both the manual and the checklists are available for free, so don’t hesitate to download them and take a deep look to what REP is offering this time.

We all recognize a twin engine by its distinctive footprint. That “wooooaaannn—wooooaannn—wooooannn” humming sound produced by unsynchronized propellers.
Thanks to the Reality Expansion Pack, you get that droning sound in X-Plane. This is a real first!

It’s not just a matter of pleasing your ears.

The engines are not two identical twins. The propellers won’t turn at the same RPMs by themselves.
The droning sound is actually a big help in manually synchronizing the propellers.
As the propellers are more or less synchronized, the sound changes its frequency and tone, helping you in fine-tuning the propeller levers.
Just like in real life!

What? Those engines are both IO-550-C, so why are not they twins?

Calling the Baron a “twin-engine” is not technically correct. Yes, the engines are both Continental IO-550-C, built on the same production line basing on the same design, but there are some minor differencies between them such a slight difference in the propeller governor setup.
The prop governor is actually trimmed by two screws! Of course it’s not possible by a machanic to exactly match the same setup on both engines.

This is the reason why you will find that the engine controls need a different setup for each engine. Those engines are not identical twins! 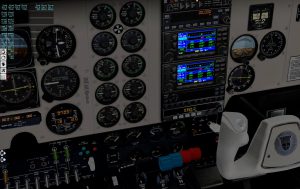 If you take a look at the picture below taken on-board a real Beechcraft Baron, you see that the throttle, propeller and mixture levers have different settings during cruise. 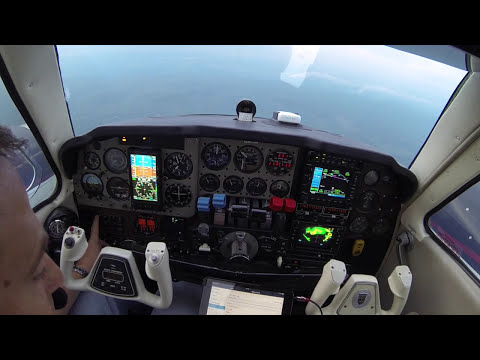 The differencies between engines is a “pro” feature that can be disabled from the plugins preferences so don’t worry if you don’t want to mess around with the engine knobs during flight.

The piston engine that REP brought to X-Plane is the most realistic one so far.
The previous aircrafts were powered by the Continental IO-520. Now we’re stepping up a little bit with the bigger IO-550. This engine is an improvement over the IO-520 but generally speaking, they behave almost the same.
The real difference is that the IO-550 has a different power curve and has been designed to run Lean Of Peak. As we deeply simulate ROP and LOP engine settings, you’ll like this pretty much!
Since the Baron is a fuel hog, running Lean Of Peak may save a lot of fuel, especially on long hauls.

The reference tables (in both on-screen and printable formats) report the performance of both ROP and LOP settings. You can carefully plan your flight before takeoff knowing that the speed and fuel flows will match the ones reported in the kneeboard. 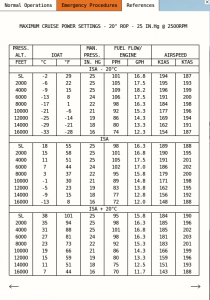 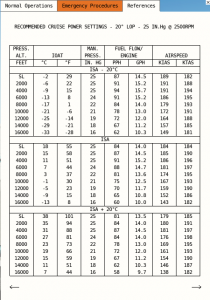 The hangar window is now showing two engine tabs. In them you find the very same settings for each engine.

We really pushed our own limits this time. The flight model is so precise that in certain situations it can be around 1% of error from the real thing.
As usual, the plane speeds and behavior are as close as possible to the real thing. Also, the engines’ power curve, CHTs, Fuel Flows and general characteristics match the real numbers.
I’ve written a post about it few weeks back, while testing the airplane.
There’s still room for improvement, by the way, and I think we’ll do even more with the future upgrades for this package.

Of course, you get all the things that REP already provided for the older packages, including:

You can see more in the product’s page: http://www.simcoders.com/reality-expansion-pack/carenado-baron-b58

With this release, the Reality Expansion Pack bounces up to version 2.6.0.
Our next step will be to carefully follow the release process and, if necessary, provide version 2.6.1 to fix the usual small issues that follow a major release. Then we’ll provide the free upgrade for the C210, the F33A and the V35B to match the latest stable version. This may happen in a time that goes from few days to a month.

The Beechcraft Baron is finally here!

2 thoughts on “The Beechcraft Baron is finally here!”