The Reality Expansion Pack for Carenado’s B58 Baron is going to hit the beta testing phase so I’m doing some fine refinements to the flight dynamics.
While I was doing that, I took two screenshots of the engine instruments together with the performance tables.

The two screenshots depict the same engine settings at 23 MAP and 2300 RPM but with different mixture leaning values.
The first shows the Rich Of Peak operation, while the seconds shows the Lean of Peak one,

Can you see how close they are to real numbers? Just check the performance tables against the engines instruments in the pictures.
After some math work, finally the fuel flow nails it perfectly in both LOP and ROP settings. 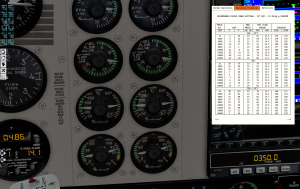 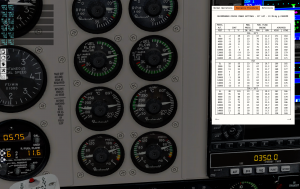 Also, did you know that TCM designed the IO-550-C engines to run Lean of Peak? This is the first REP airplane that was designed for that by the manufacturer so it comes with a lot of data in the performance tables. In fact, for each engine setting you will find both the ROP and LOP tables!

2 thoughts on “A Beech Baron preview”